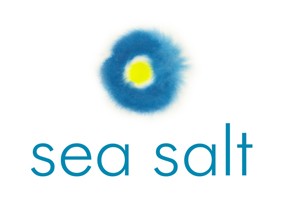 The sensory development notes published on this website are prepared in collaboration with and on behalf of Developing the Self Developing the World and to accompany the book “Spirit-led Community – healing the impact of technology” by Lisa Romero.

The movement sense makes us aware of how our inner movement can change when we move a particular body part, and how we can abstain from movement despite feeling an inner movement or desire to move.

The sense of movement gives us an internal perception. It’s not only the movement we place forward in the world; it is also the movements that we hold back. It tells us what we are doing and what we are not doing. A child under six for example may be told to not touch a biscuit on the table, and their hand reaches towards the biscuit while their head is shaking and they are saying, “I’m not touching it”. After this sense is matured they begin to understand they can do something by will. We can move or we can hold back a movement. As this sense matures the child is able to see the biscuit, desire the biscuit and not touch it. The sense of movement is an activity of our own will, to move or not to move.

A hyper sense of movement means that the person is over-aware of self-movement. They might experience a compulsion to move but also abstain from moving which then causes them to be disturbed or unwilling to participate. When doing an activity they can over-anticipate. For example, they can be poised ready to catch the ball but they go for it too soon and miss it, or they could make false starts in races. They may have an image of what is coming and control their body to meet it, but it can be hard to let the image unfold into the whole form. Too much movement can be disorientating and scary so they are less likely to take risks. They could complain the other children are moving about too much and can’t get their work done, possibly even feeling sick by looking at things moving outside of themselves. They could battle against the discomfort of the outer movement and become agitated or they could be overpowered by it and withdraw and perhaps fall asleep.

A hypo sense of movement is a poor awareness of self-movement. The person may appear clumsy or careless, perhaps tripping over their feet. They tend to move with the outer environment or their inner movement, not necessarily being able to hold either apart from each other. They are unaware of their capacity to be responsible to move and stop moving, and tend to reposition themselves often while at other times lie about and do not respond to instructions. They are known to touch things or hit others but deny it, and are fearless but also accident prone, as their lack of spatial orientation makes it hard to direct their attention.

If it is time to brush their teeth, the child will not necessarily do so when instructed, although they are willing to go with the parent to the bathroom when the parent helps them to the task. When the music stops in musical chairs, they will rely on watching the others for the cue to find a chair. They tend to be accident-prone. A ball can startle them when it is thrown to them. They don’t follow verbal cues as well as they do visual cues and may repeat back the instructions trying to get a hold of what to do. Skipping can be difficult and crossing the road can be dangerous because they may act before they think. Reading can be slow because they can’t control their eyes to move across the page or focus. Speech may not be fully formed but the sensation that sounds can make and the reactions that swear words can have is stimulating, so that they may repeat them regularly. The same goes for moving the limbs; they put themselves into all sorts of positions because it stimulates their movement sense.

How to harmonise and support the development of the movement sense

For children, it helps to have lots of gross motor activities that have a purpose and a rhythm including bread baking, gardening, climbing, walking, building and preparing for seasonal changes. Not until the sense matures which is at about five years old, can the child follow verbal cues; they are influenced greatly by the movement of the people or things in the room. Hence actions speak louder than words when it comes to learning to sit still or get a move on. And speaking in the collective indicates a rule that everyone follows. For example “this is the way we close the door.” Instructing a child under nine years old to follow movements is most productive with as few words as possible that direct the child what to do rather than what not to do because they turn the instructions into pictures in their imagination to use as a guide. For example to give instructions to “stand still” is easier to follow than “stop moving” .

As the sense is developing, we will notice a child spending many hours moving things into position, lining them up and making patterns such as with rocks or wooden blocks. Folding cloths and sheets with another child encourages them to mirror a movement because they have to meet each other’s fingers to catch the corner of the cloth and use spatial awareness; they walk backwards to open the cloth out again and repeat the steps becoming closer each time while judging the distance.This everyday activity supports the development of a number of senses including touch, movement, balance and sight sense.Games such as “statues”, “Simon says”, and “musical chairs” are a practice in following auditory clues to make the body stop and start. Classroom activities that use movement from going quickly to stopping are best to finish with a movement that is harmonious, neither rushed nor still. An exploration of the park and a walk around the block can return harmony to the movement sense that has not been able to find its way back to harmony.

The speech forms and movements that the caregiver provide have the opportunity for beauty and variation for the child to experience and follow. Hearing, and learning to pronounce beautifully formed sounds and words, including learning more than one language, expand the shape and movement of the mouth and broadens the relationship to words. Tongue twisters and rhymes encourage the eyes and the mouth to keep up with each other and catch on to the patterns.

Making the eyes focus on distance and close vision, on moving and still objects is also an exercise of the movement sense. It does not exercise the movement sense when an external stimulus makes the eyes move rather than the person controlling them. Looking at movies and programs on television cause the eyes to stare, electronic games make the eyes jump about, dreamily gazing out of or at fast moving vehicles causes the eyes to flicker. Because the sense develops over the first five years of life, minimising these activities for this period contributes to the healthy development of the sense of movement. The eye movement is connected with an inner movement. In circumstances where the eyes are controlled by the outer stimulus, the inner movement is not controlled by the person. When a person controls their outer movement, they have more chance of being able to control their inner life rather than relying on external stimulants for thrills and entertainment. Early education that forces a child to use fine motors skills or restricts or over controls gross motor movements before the child has entered their seventh year, can hinder the development of the movement sense.

The home nursing application of chamomile compressed over the abdomen helps the nervous system to calm, and for warmth to be available for movement in the metabolism and limbs. This is particularly helpful for hypersensitive people. Skin brushing and the application of cool salt or rosemary wash can help hyposensitive people. Eurythmy brings consciousness into the limbs along with beauty and form, a therapeutic Eurythmist can work with specifically with the eye exercises or integrating awareness of particular limbs into unity with the whole.

Please contact me to be put in touch with therapists.